This page is a collection of pictures showing the process of restomodding my 1992 Firebird.
This car will be doing its best to replace my 1984 Trans Am which I lost due to
a defective Russel brake hose.

I guess I should explain this a little bit. For starters I've decided that as I get older I get dumber.
My friend Al and I were out working on the car one night, it was a bit chilly, so I had the trusty kerosene heater going.
I was up in the engine bay, bending the brake and fuel lines away from the subframe in preperation for sandblasting.
When I bent the lines, one of the VERY rusty fuel lines broke under the car, and fuel started spilling onto the floor.
At this point, I figured, no big deal, it's just a little fuel in the line, but I got up in the back of the car to unhook
the lines at the tank, just to make sure we didn't dump too much on the floor.
As I'm up in the back of the car, I suddenly hear Al exclaim WOAHHH SH*T. At this, I turn around just in time to see
flame shooting away from the heater, under the car, and a small wall of fire come up the side of the car (which is on jackstands and ramps at this point). I shout to Al where to find the fire extinguisher as I jump out of the car. He passes me the extinguisher and I shoot it at the fire. The first (5 lb) extinguisher doesn't hardly put a dent in the fire, so I grab the second (10 lb) unit and proceed to empty that onto the fire as well. At the VERY end of that extinguisher the fire goes out, despite fuel still running out of the broken line. At that point we rush to get the car out of the garage "just in case" and we got that thing on the ground, and out the door in 30 seconds flat! The next day I noticed that the paper backing on the insulation on my garage ceiling was singed from the fire. I think this is because when I hit the fire with the extinguishers it got pushed out and shot up the wall of the garage.

Regardless, it was a scary night, and here are some pictures of the aftermath! 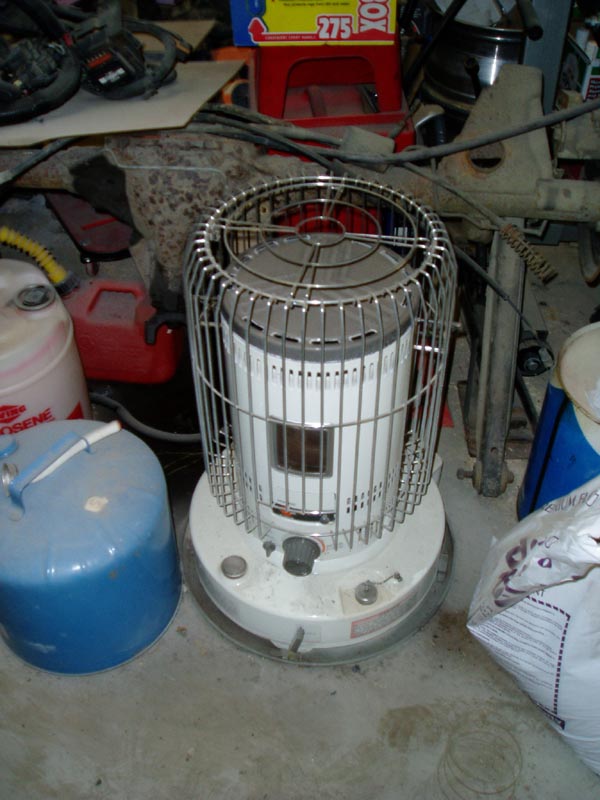 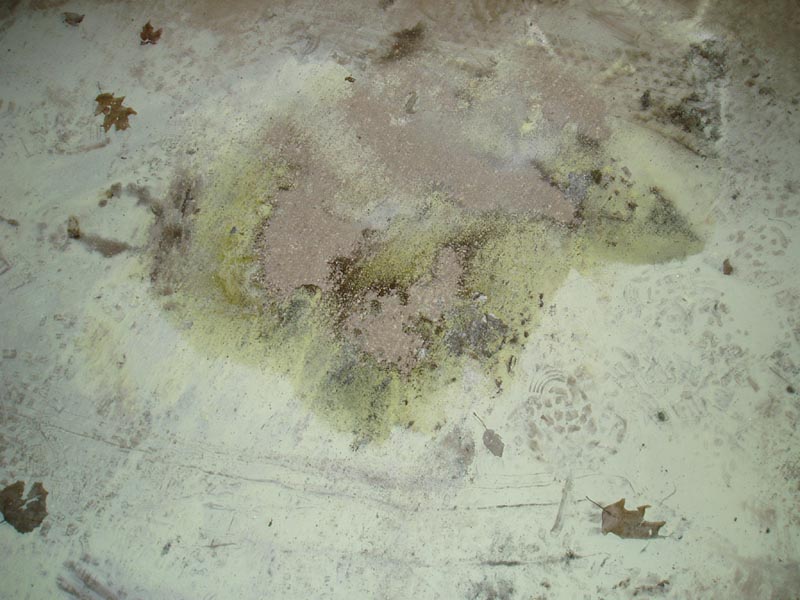 The floor with the remnants of burned/unburned gasoline, speedy dry, and fire extinguisher dust on it. 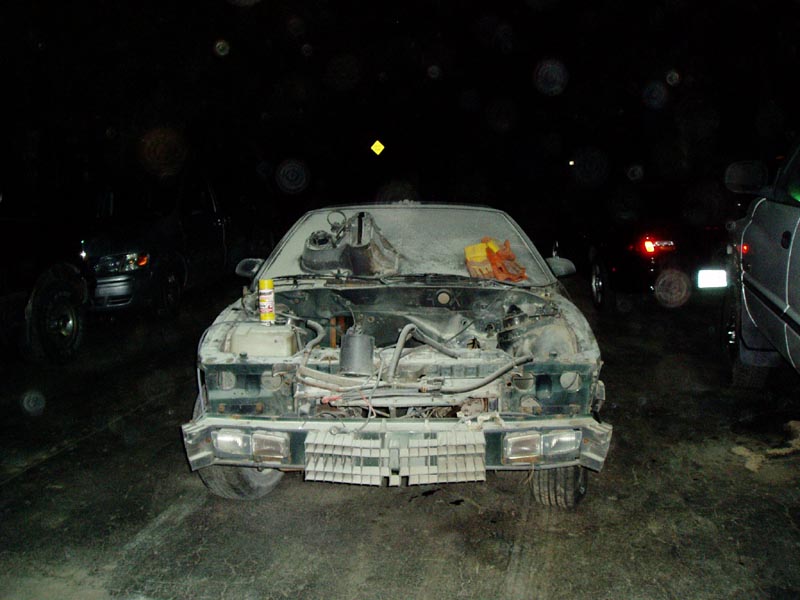 After we got her outside. 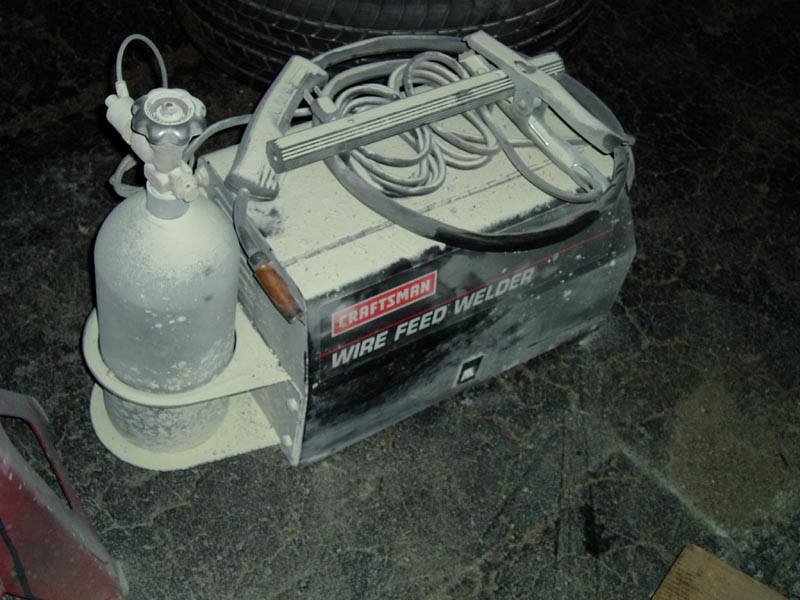 Fire extinguishers make a mess, but messes clean up!!! 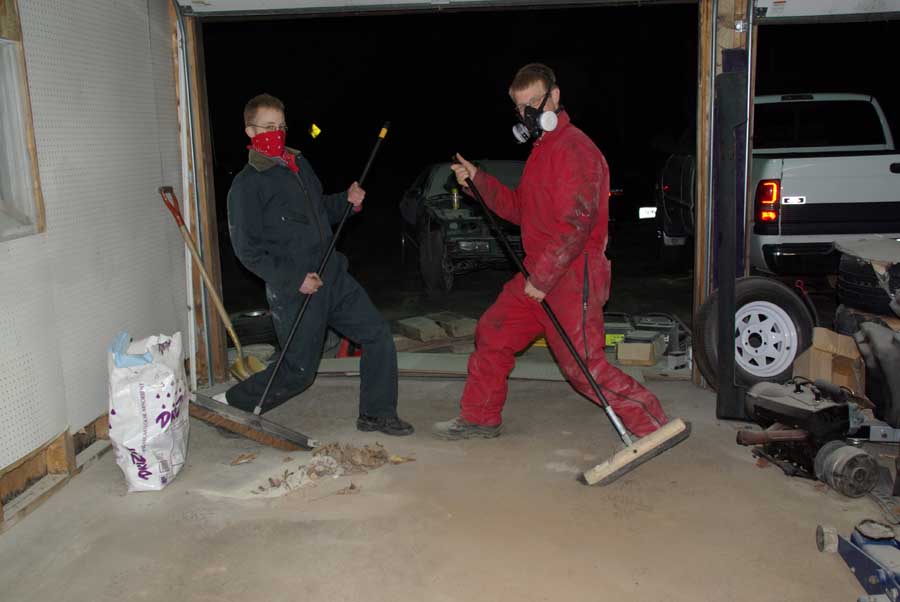 At least we tried to have fun cleaning up afterwards? 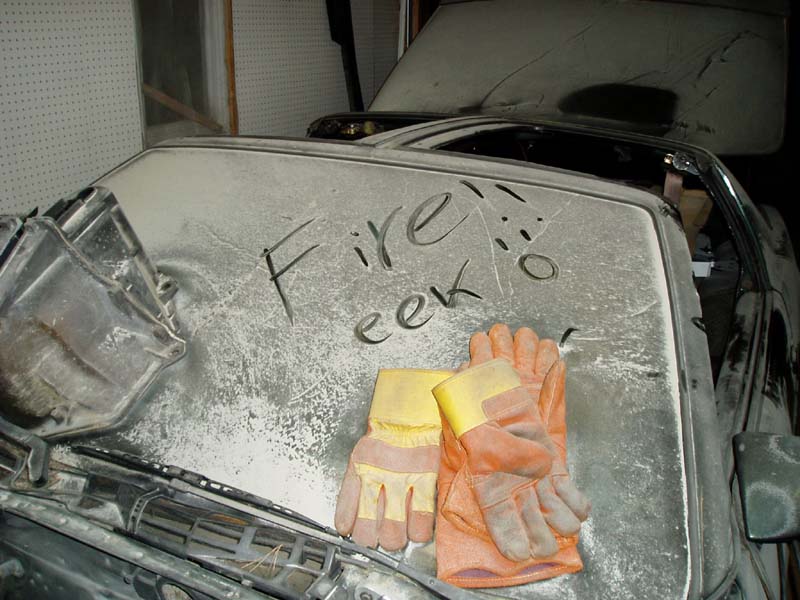 EEK is for sure, this was probably the most frightening garage experience I've ever had!